In April we asked all ILMC members to vote on whether the conference should trial a move to midweek. After an overwhelmingly popular response, we're excited to announce that ILMC will indeed shift to midweek in 2017.

ILMC 29 will take place from Wednesday 8th to Friday 10th March 2017, with the ILMC Production Meeting and Green Events & Innovations Conference held on Tuesday 7th March. So please get scribbling and make a note in your diaries immediately!

Look out for our eNews announcement this autumn when we launch ILMC 29 in earnest.

With over 1,000 of the leading players in the global live music business now making their way to the Royal Garden Hotel, the sold out banners are once again being hung.

ILMC kicks off on Thursday night at 6pm with the Space Invaders Opening Party (hosted by .Tickets), and with all delegates now registered and a full schedule of panels, workshops and events, it promises to be a fantastic few days.

UK weekly trade magazine Music Week is offering a 15% subscription discount to all ILMC members. Music Week has been at the forefront of the music business for over 50 years and remains a respected voice and valued source of news, data, analysis and opinion throughout the industry.

To claim the discount, simply visit www.musicweek.com/subscribe and enter the promo code “ILMC16”.  This offer is valid until 31 May 2016. 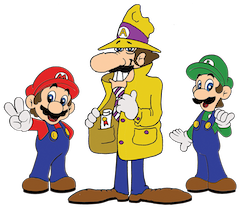 The Mario Bros. Gala Dinner & Super Arthurio Awards is now sold out, with over 350 of the live music industry’s finest confirmed to attend this year’s star-studded evening at The Savoy Hotel on Saturday 5 March.

A waiting list is in place for any last-minute cancellations, so if you would still like to attend, please email registration@ilmc.com to be added to the waiting list. Read more about the event here.

On the subject of selling out, ILMC is looking incredibly full right now and we’re fast approaching capacity. So with just a handful of delegate places remaining, if you haven’t already signed up, now would be a good time to make like Sonic and super-spin to the registration page here. To preview all the players who will be attending ILMC 28, the delegate list is here.

ILMC’s night-time schedule features more games and competitions than an English seaside arcade. Once all the panels, workshops and meetings are done for the day, there are hours of fun to be had, while competing for an abundance of prizes and trophies along the way.

On Thursday 3 March, the Space Invaders Opening Party(18:00 – 20:00) in AEG’s Barcade will test the hardcore gamers as IQ’s Archie Carmichael hosts an old-school arcade competition with a range of extremely useful bar-tab prizes up for grabs.

The following night – Friday 4 March – there’s a Eurosonic Noorderslaag 2017 registration to be won at the Dutch Impact Party at Bodo’s Schloss right next door to the Royal Garden from 18:00 – 21:30. And immediately afterwards, on the mezzanine of the hotel, there is yet another beverage-related bounty to win at the Hi-Score Texas Hold’em Poker Tourney  from 21:00 – 00:00, hosted by WWE. The annual tournament costs just £20 to enter with all proceeds going to charity – sign-up on the night.

Later that evening, the Multiplayers Table Football Coupe du Monde welcomes quick-wristed duos from around the world to compete for national glory and a small but fabulous trophy in this late-night, raucous showdown (00:00 – 03:00) with IQ’s very own Terry ‘off-side’ McNally refereeing (hosted by Wembley Stadium).

However, if full-sized football is more your thing, then Saturday night’s Match of the Year Football (19:30 – 21:30) sees the giants of the live industry go head to head at Battersea Park, competing for glory and bragging rights in the bar later. Contact peter@aikenpromotions.com to enquire about any last-minute places.